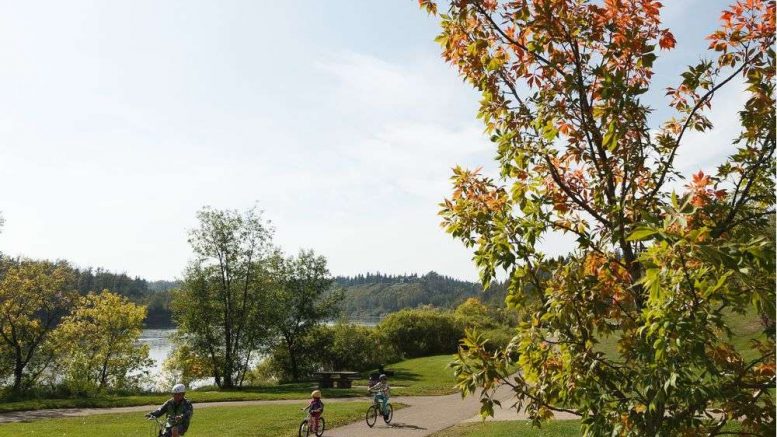 The past meets the future in a new, high-tech app — part of the Edmonton Commonwealth Walkway — that was launched Saturday in a ceremony at Government House Park. 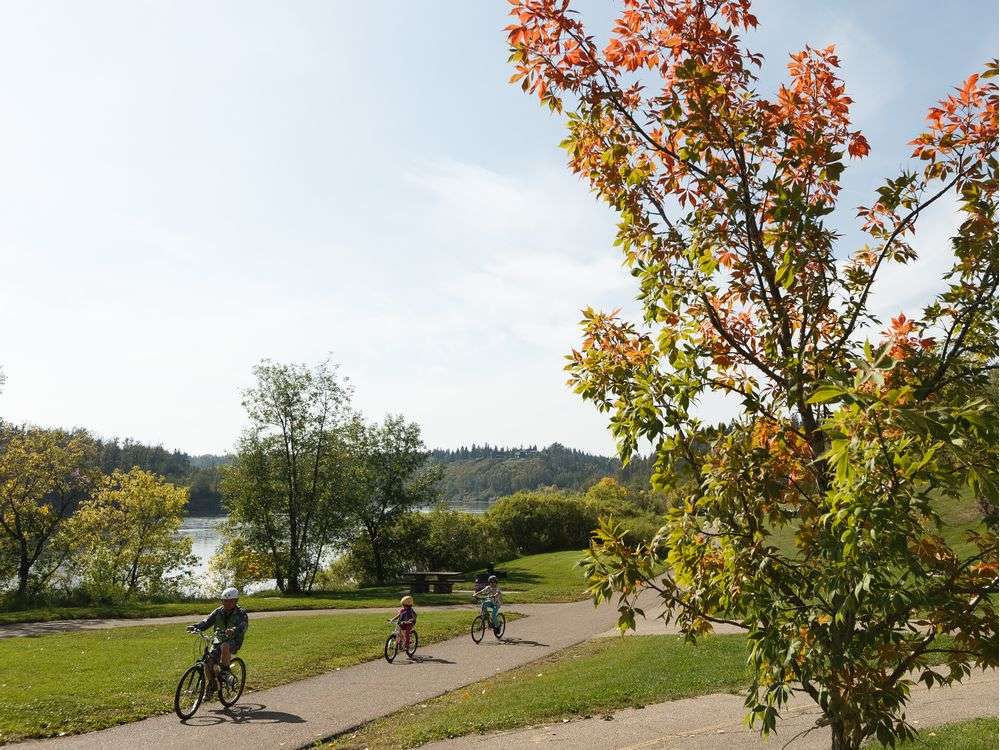 The app, which is electronically linked through geo-fencing to 30 stops in the river valley that make up the Edmonton Commonwealth Walkway, takes Edmontonians through the historic river valley, relating written and audio tales about Edmonton’s timeless attractions while offering an opportunity to exercise.

Spearheaded by Lt.-Gov. Lois Mitchell, the new walkway is a 10-kilometre local hike that is also part of an international walking network that connects 100 cities and 2,000 points of interest in Commonwealth countries around the globe.

“The walkway itself invites us to stroll, to run or to bike through the river valley,” said Mitchell at the ceremony, as skateboarders, cyclists and joggers breezed past the ceremonial podium.

Edmonton is the first Canadian capital city with a Commonwealth Walkway — one of two in the country. Banff is also home to a walkway that opened in September, 2017, also led by Mitchell.

Mitchell gathered a team of donors and organizers in Alberta to create the $175,000 project along the North Saskatchewan River, which was funded by donors ATB Financial, Alberta Blue Cross, Canadian Western Bank, Capital Power, Epcor, Servus Credit Union and the Mitchell Legacy Foundation.

The walkway, which runs along existing pathways from Government House Park to the funicular, is marked by bilingual bronze medallions bearing the personal Royal Cypher of Queen Elizabeth II set into the ground along the trail. Information panels at each stop detail city highlights. The walkway route crosses over to the south side of the river, via the Walterdale Bridge, to the Kinsmen Sports Centre, before circling back north, hitting historical sites such as the power station and the riverboat along the way.

Walkway steering committee co-chairwoman Carolyn Patton volunteered hundreds of hours over the life of the 10-month project, helping to curate more than 60 Edmonton stories that follow four threads — history, river valley, children and families, and Indigenous. Edmontonians can add to the story trove by entering their own stories about Edmonton on the app, which is available free by visiting edmontoncommonwealthwalkway.com.

“I love the idea that it activates our river valley in a really unique way and tells stories of our place,” said Patton. “And it gets you outside.”

The stories include many First Nations and Metis tales, such as those about the crow, the coyote and the northern lights. Some of the Indigenous stories were voiced by Samson Cree Nation elder Jerry Saddleback, who also delivered a prayer at the event. He sees the walkway as a symbol of unity among the nations that have come together to create the trails.

“The trail is a reinforcement of the need for a peaceful co-existence with Mother Earth,” said Saddleback.

The international walkways are an initiative of the Commonwealth Walkway Trust, a British-based charity that creates paths around the world in partnership with governments, Commonwealth Games Associations and local communities.